WTF is a Multi-Platform Storytelling Experience as related to the 5e D&D TTRPG?

Saw it on Tenkar's Tavern---5e next summer.  Worst kept secret in the world.  Looking at the press release though, they say:

"Players will be immersed in rich storytelling experiences across multiple gaming platforms."

Lemme just echo Erik Tenkar's thoughts and ask---What the fuck does that mean?  They've been designing a ruleset for Muds, Mushes, Moos, MMO's, Boardgames, cardgames, and CRPG's at the same time? 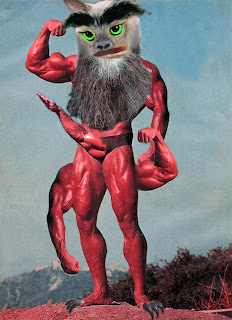 Does anyone who playtested thin thing have any clue what this is all about?

A couple years ago, Constantcon/Flailsnails took off like a bat outta hell.  I think it was +Jeff Rients , +Calithena Gildenclaw , and +Zak Smith who came up with the concepts---Constantcon is an ongoing convention, taking place mainly on G+ hangouts, where people can play DnD nonstop.  The Flailsnails conventions were a way to let people play a character from one campaign to another within the Constantcon 'verse.

We used to have an ass-ton of games run at various times throughout the week, but to my knowledge, the only regularly run gamse left are +Shawn Sanford 's Old School ModuleCcrawls and DCC games.
From what I can tell, many games just ran out of steam, many went to closed mode once they had a lot of players who showed up every week, like my Blood Island game, and some I just lost track of.

I'm proposing that all the folks who used to DM open Flailsnails games commit to running at least one game each month for random people, at whatever date or time you want, starting mid January.  That way we are out of the Holiday season.  This way any regular games you have aren't disrupted, and we can get new players, and hopefully new DM's, running more CCon and FS games. 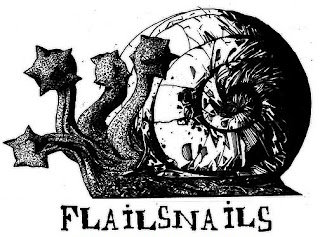 The ones I used to play or know of I will list below.  +Chris H you've played more characters in more games than anyone I know.  If you can add to the list, please do so.

+Jason K used to have a form to list games, and a list of games accessible by all.  I am not sure how up to date it is, but it would be cool if we could update it maybe?

Here's who I have and what game they ran:

+Gus L HMS Apollyon, and a Sci Fi/Dinosaurs game too.

And I know there were many more I never played in.

I'll run my Blood Island game at least once a month for people not in my normal group.  What do you all say?  Can you commit to that much starting Mid-January, to reboot this fun thing we all used to do?  I miss playing with a lot of you.  It was fun.  Let's do it again.    :)

Sir the Fist awaits the next mission.

My players were fighting a Devil-Bat from the old Judges Guild Module "Glory Hole Dwarven Mine" tonight. 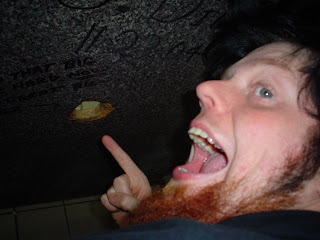 The thing had a weird mechanic for saves vs. its fire attack.  It says:  "The target of the attack is allowed of the average of all abilites or lower on a 3d6+3.  A successful saving throw results in only 2-8 points of damage."

It like a throwaway cool alternative saving throw mechanic, in a monster/module that probably 19 people in dnd history even remember.  I like it.  Making saves an avg of our ability scores is so much better than basing them on class, imho.   If I were to adopt it, I would say that classes can give bonuses to types of saving throws, but nothing else.

The other day +Erik Tenkar posted this on his blog referencing this newspaper article on Peterson.

Clark and I have had our differences of opinion in years past, but I genuinely feel bad for the guy for this. Every nutjob who ever stood before him in court and lost, is now going to claim it was because Clark was on the bench slaying dragons in his mind.

Clearly someone is trying to do a hatchet job on Clark here. He either pissed someone off, screwed the wrong person over--intentionally or not, or someone just wants his job, plain and simple. That's what's really behind all this. They are using the nutjobs, from the paragraph above, to make the stink from below.

And if there is nothing that a judicial branch of government hates more than a stink on its reputation. It doesn't matter that Clark did nothing wrong, technically. The appearance of impropriety is enough to get the higher ups in judicial to put pressure on him to step down. We have enough of that here, along with the nutjobs pressuring from below, to get that pressure applied.

I hope Clark make it through this, but it will depend on how much stink and pressure are generated, and how badly the guy who ordered the hatchet job wants Clark out, and how much clout he has.

It's all politics and power plays. And that's a shame.

Edit to add: Don't read that much into his personal finances. In divorces today it is common to have to claim bankruptcy to get out of debt. You used to be able to refinance to do that, and also to get one person off of the note, but with housing values shot to hell, that's not usually possible anymore. Also, a second mortgage I would bet is part of the dividing up the household assets as part of the divorce. There may not have been enough liquidity to do so without it. Lastly, tons of people who run their own businesses owe the gvt taxes. Expecially in this economy, its hard to gauge how much to put aside, and if things take a downturn, its easier to dip into the tax money and pay the rent to keep the business going, hoping it will pick up and you can replenish what you took, rather than to close up the business. What he owes isn't a lot at all.
Posted by Joethelawyer at 12/08/2013 01:35:00 AM 4 comments: