Why PC's Strive to be Kings 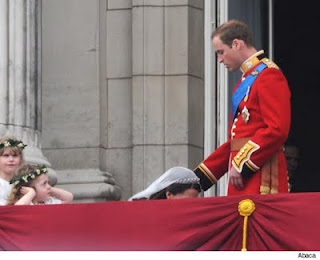 R.I.P. Joe Bageant. The best writer of the past couple generations.

No, not Fantasy or D&D related author.  But a man whose passing and writings are worthy of note.

Read some of his essays here....

I was reading LOTFP Grindhouse today, and came across Raggi's Contact Outer Sphere spell.  It's a divination spell to ask the stars something, with the chance of an honest answer tied to the chance of being possessed.  The more honest the answer, the more chance you have to be possessed.  There are no rules on possession, no grids of types of monsters, or of types of actions a possessed character has to do.  It basically says you're possessed by some entity.  That's it.  And that's fuckin' fantastic.

Those types of things are the best part of the game to me.  The stuff that calls for a creative and inspired DM work of imagination, on the spot, which has a big effect on the game at hand.  That's what I like about the older style games the most.  I especially enjoy it  when one random creative thinking-outside-of-the-box action sparks a whole chain of creative cause and effect between the players and DM.  No rules can be written to govern such things, and my favorite memories of gaming come from those moments.  That's what attracted me to this hobby in the first place back in '84.

I was thinking about newer rulebooks and the road they went down.   I think that in order to attract new DM's, and therefore gaming groups, there was a decision made to make it easier for the DM by giving him rules to handle every situation.  This could, however, potentially have the effect of weakening the creative muscles of all involved.  People tend to think that because so many options are covered by rules, that they ought to do one of those options.  It just becomes the simpler road to take.  With its rules for darn near every event, I think it could have the effect of making people less inspired to take creative license in their game.  This is not to say there aren't creative people playing newer style games---I'm just saying that some of the more creative types might enjoy an older style game more, but just haven't played it, due to the lack of exposure, and the DM and game system not encouraging that sort of play.

One positive aspect of this new type of game is that you really don't need a DM with a lot of experience.  One could make the argument that with 4E you could get by without a DM at all.  With the delve format, and starting positions given, as well as bad guy tactics laid out, all you need is a player willing to volunteer to move the bad guys around and be responsible for keeping track of their stuff.  The benefit to this is that games aren't hindered by lack of a good DM.  The DM doesn't really matter that much.  It makes it easier to get people together to play, not needing to track down a good DM.  Not to say that there aren't great DM's running 4e games---it's just that the barriers to entry aren't as high for DM'ing as it is for older style games in order to have a good DM run a good game, according to the rules of the system and expectations of the players.

From what I've seen of the OSR, we have a bit of a different problem.  There are a lot of DM's with decades of experience, for whom random PC possession is not daunting, but an event that gets our creative juices flowing, especially on the diabolical or whimsical side.  We could likely deal with the consequences of the creative ruling we made regarding the possession, and whatever the player throws at us while possessed.  The problem that a lot of us face, from reading boards and blogs, is finding groups to play with.  We have a lot of DM's, but not enough local interested players.  We have to do stuff via Skype, at cons, etc, in order to get our creative rocks off.

It seems to be due mostly to our age and the family commitments that go along with that, both for ourselves and our players.  People are too busy to get together as often as we would like.  As people take new jobs and move away, or have kids and fall out of the habit, or just take a break and never get back to it, it seems our groups aren't what they used to be.  Not that we can ever go back to the 2 or 3 day marathon sessions we used to do in high school and college, but most of us are lucky if we can fit in a couple 4 hour games a month.

It seems that a natural way to bridge the gap would be to expose some newer edition players to older system games.  The only way to do that would be for us old bastard DM's to go out and try to expose our games in public to the players of later editions.  Those of us who are lucky enough to have regular gaming groups are likely to be playing at someone's house, not go to Cons, and just happily chug along.  Consider playing with your regular group out somewhere in public within view of other newer edition gamers, where they can get a glimpse of your game.  Who knows, you might get some interest, and grow this thing of ours.  Run a game at a local Con, or advertise at a local gaming store.  I really think it's the only way, outside of procreation and exposing our kids to older D&D, to grow the old school thing.

I'm going to do that with the Grindhouse campaign I am starting.  I am doing it in a big room full of of kids playing Magic type card games, and near a group of Gen Y'ers which plays 4e.  Who knows, I may get some drop-ins.  :)  Maybe some of the dads who drop off and wait for their kids to do the card games might fondly recall their own days of geekery, and try my game for a few hours.  Trying to put asses in seats, as Chgowiz puts it.  Not to say that I'm even that good a DM, but hell, you gotta try to do the best with what ya got.  I'll let you know how it goes..  :)
Posted by Joethelawyer at 4/18/2011 09:16:00 PM 8 comments: