Back in the day Green Ronin out out a module on the same day 3e was released.  That means they had to have the rules ahead of time, no?  At least a few months so they could convert their generic module over to 3e standards and get it to the printer and back again in time to have a release. 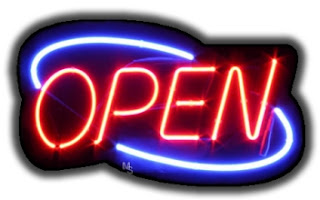 I know the internet in 99/00 was a bit different than it is today, but I know there were places to share such a ruleset with others who were not signed on to the OGL and the NDA's and all that legal horseshit.

I ask these questions mainly as thinking points, because I think we can all agree that a true OGL would be great for broadening the 5e base.  The sooner it is released the better.  The sooner 3pp modules are released for 5e the better it is for 5e.  Modules released at the same time as 5e would really help 5e make a big impact on the market.

Therefore, if they are going to go that route, shouldn't they be releasing the rules to developers months ahead of the official release of 5e?  If so, there is no chance in hell that those rules will stay hidden or secret with the net's current ability to get leaked shit out there fast.

Lastly, if that's going to be the case, to one degree or another, that the rules are on pirate boards eventually, why all the damn secrecy with the latter stages of the 5e rules development?

I mean, 5 minutes after the rules are released they will be available on pirate sites.  Tens of thousands of people will read it off of those sites and then determine if it's worth plunking down 50 bucks or whatever to buy the books.  Why not just make the whole damn thing transparent and get some goodwill ahead of time by announcing an awesome OGL?

That being said, think about this:  if the 5e OGL is going to be as open as the 3e OGL, it wouldn't make a damn bit of difference if they were completely transparent every step of the way in their development, because they were going to give it away for free, essentially, anyhow.  The only reason to keep it so under wraps is if there was going to be a half-assed OGL, an OGL-lite, an OGL with some restrictions, making it then not really an OGL at all.